Since 1992, the EU has introduced increasingly stricter limits on light-duty vehicle emissions through a series of ‘Euro’ standards. The latest and most stringent of these standards is Euro 6. New car models have complied with Euro 6 since September 2014, and all new cars sold since September 2015 must meet this standard. Since the Euro standards were introduced, nitrogen oxides (NOx) limits for diesel car engines have been reduced by 84%, and particulates (PM) by 90%.

Since 1 September 2017, a Not-To-Exceed (NTE) emissions limit is set for Real-Driving Emissions (RDE) of new car models with a Conformity Factor (CF) i.e. NTE to Euro 6 limit ratio of 2.1 for NOx emissions. This is called the Euro 6d-TEMP standard and applies to all new cars since September 2019.

From January 2020, the NOx CF has been lowered to 1.43 (being 1.0 + error margin of 0.43; the error margin is currently being discussed and possibly reviewed) for new models and will be implemented on all new cars from January 2021. This is called the Euro 6d standard. 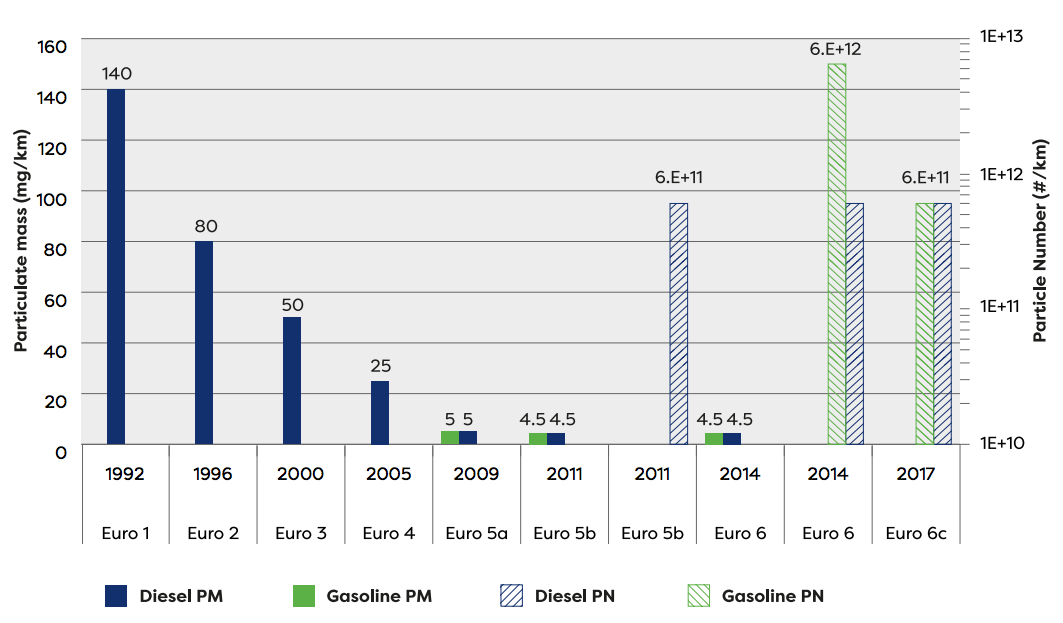 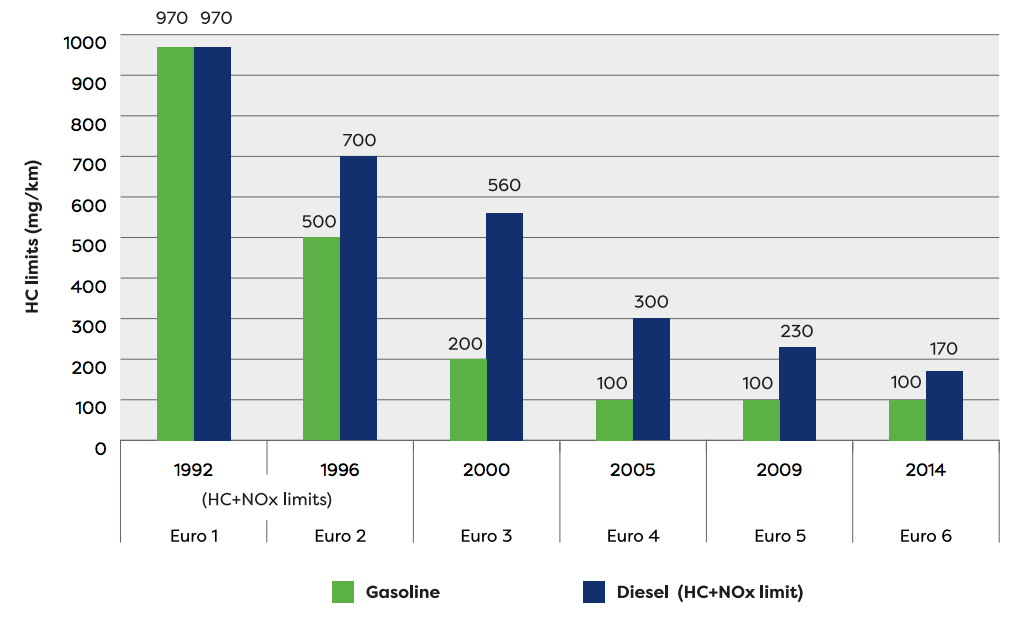 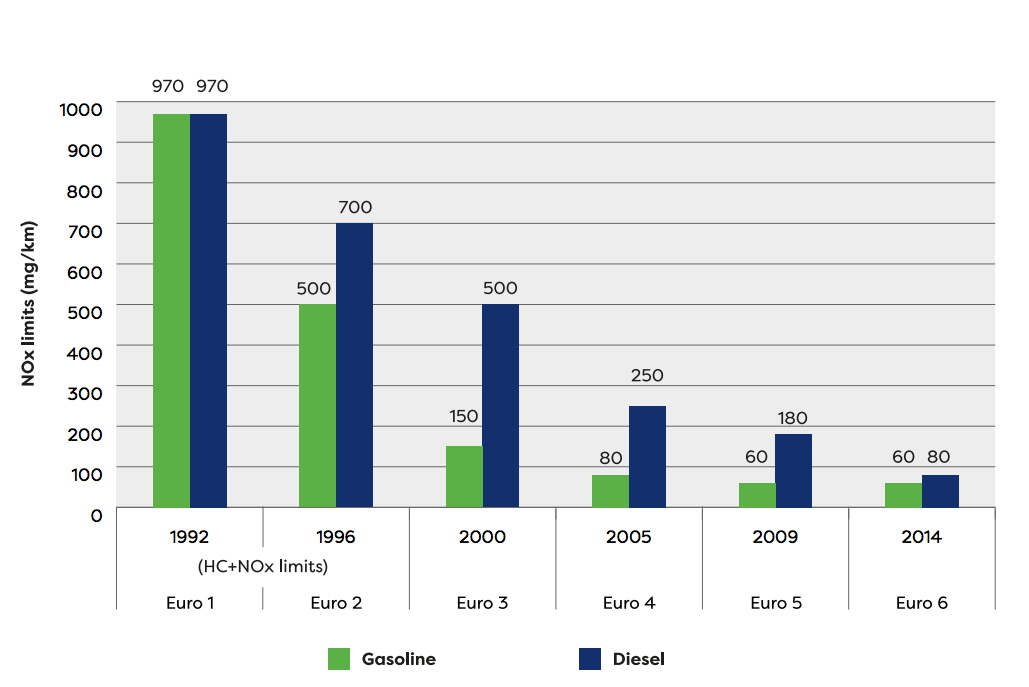 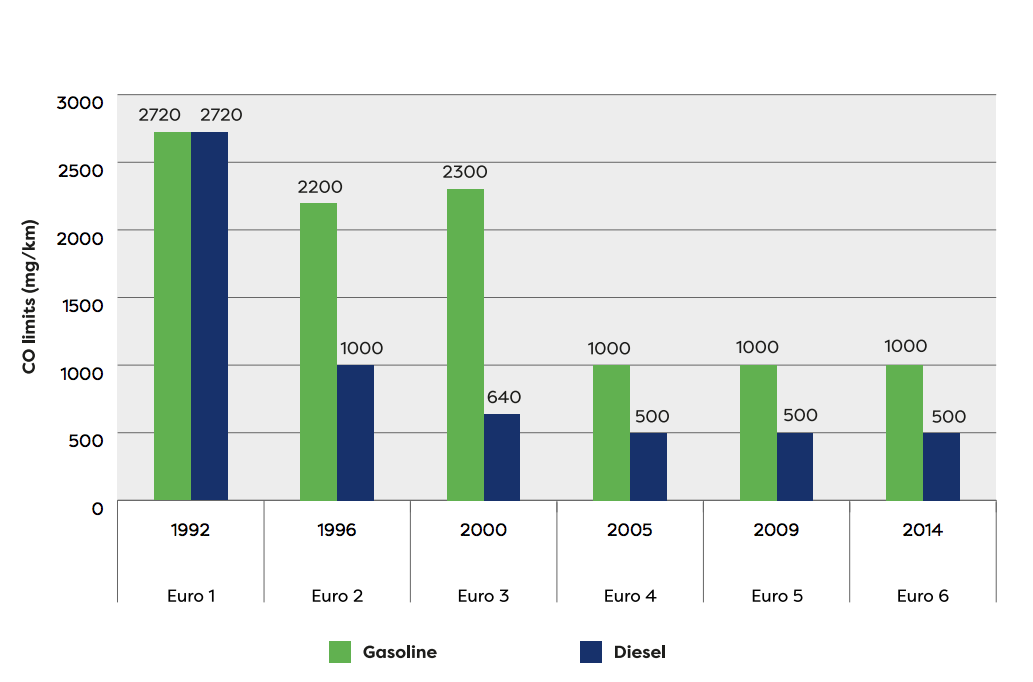